Review: Teach IT in Ghana by The Connollys

I started to think about doing a voluntary project abroad after being inspired by a friend who had visited an orphanage, along with her two daughters, in Tanzania. I had visited Africa once before, about fifteen years ago when I was in my twenties, and was keen to see more.

It was, however, the project itself that decided where we would eventually go. I was interested in doing some kind of teaching as I enjoy being with children and sharing knowledge. Moreover I was intending to take my own ten year old son, and I felt that a classroom would be an interesting and safe environment for him. I considered English teaching but selected IT teaching instead because I know that IT skills are increasingly valuable in today’s world. I thought I would enjoy helping to grow these skills in a different part of the world.

The IT project runs in a limited number of locations and Ghana is one of them. I had studied Ghana during Geography lessons in junior school and thought it would be a nice idea to visit a place whose cocoa production I had learned about many, many years ago!

At this stage of my decision-making I was most concerned about how hot it would be in Ghana because I know that it gets hot there, and I struggle in very hot conditions.

Our IT Teaching Placement

The IT project in Ghana runs out of Cape Coast which is about three hours (depending on the traffic) west of Accra. It lies on the coast and centuries ago it was a major slave trading centre. Today it is a vibrant and sprawling town which hits all of your senses.

We arrived in Cape Coast during term time. There are one or two schools in Cape Coast that have IT facilities but it is the Aboom cluster of Methodist schools that Projects Abroad works with (the ‘cluster’ consists of three small Methodist schools sharing the same hilly site). During term time IT teaching is split between two teachers and when I first arrived there did not appear to be a great deal for me to do. I quickly noticed, however, that the computer room was in a state of confusion and disrepair with many computers not working and a general sense of chaos throughout.

I spent the next two weeks sorting through the computers, establishing which ones worked and which ones did not; getting rid of computers that could not be fixed; moving desks around and generally tidying up. There were also a number of discarded and broken cables and wires lying around on the floor. I contributed some of my own money towards buying new adaptors and cables for laptops which where needed in order for them to work. I also contributed towards buying new extension cables.

I found that we had around fourteen working computers (approximately half the number of computers that had been in the room when I first arrived) and I moved them and the desks against the walls of the room so that cables would be out of harm’s way and to create an improved, cleaner looking, teaching space. Having the computers arranged like this also had the advantage of enabling teachers to see exactly what students were doing on the computer screens.

My son spent time making posters for the IT room, asking children to look after the equipment, not to stand on the computer mice and so on. He and I came up with a set of rules for using the IT room which I wrote up on a poster in clear writing. In addition to this, I collaborated with the head of the IT room and we developed a set of recommendations for the IT room which we presented to the three head teachers. The head teachers agreed with the recommendations and I am hopeful that they will be fully implemented. Of course there was an element of politics in all of this, particularly surrounding how to pay for the room’s broadband connection. The school has so little money that finding funds to pay for anything additional to the core running of the school will always be a challenge. It is a challenge that I hope they can overcome in the next twelve months.

My son and I were placed with a very large host family full of children. I think Projects Abroad felt it would be suitable for us as the house is full of young people. As it turns out, it was more than suitable for my son.

The home environment was wonderful for my son with a number of children and teenagers for him to talk to and play with. Our meals were substantial and tasty (though somewhat limited); on the whole we did not eat traditional Ghanaian dishes as the flavours are quite different to what we are used to.

The house was swept and tidied regularly by the children. They work very hard in the house, but with so many people it did not stay clean or tidy for long. The toilets and shower rooms in particular would become quite grubby.

The hardest thing I found about the home environment was the way the children were shouted at and sometimes struck. I do not believe in striking children and I would prefer to have a conversation with a child about their behaviour rather than yell at them. Ghanaian culture and traditions with regards to children seem to differ significantly from the current climate in Europe and North America where it is not unusual to talk about children’s ‘rights’.

Because grown-ups in general have so much work to do, at home and earning a living, it seemed uncommon for them to spend time with the children doing what we would call ‘leisure activities’. Instead, if the children were not doing a job, they would hang around at home and look after themselves. My son and I took the children of the house to the beach in Cape Coast on a number of occasions where we all had a super time. It is my impression that a number of them had never visited the beach before. We have many lovely memories from the beach.

Our Experience in Ghana

On the weekend my son and I would usually visit a beach out of town by ourselves. We both wanted to spend time just the two of us and, since my son loves the sea, the beach was the obvious place to go. We found a couple of peaceful and attractive beach resorts. We visited Ghana at the end of the rainy season so we had some very hot and humid weather but this was balanced by quite a number of cooler, cloudy days and quite a bit of rain and dampness too.

Ghanaians are warm and welcoming people. As white people from another part of the world we attracted much interest, particularly my son, as white children are not often seen in Cape Coast. Although this interest could be intense, it was never threatening. The people in Cape Coast often liked to engage us in conversation to find out where we were from and we took this opportunity to find out about them too.

By the time I had tidied the IT room the term had finished and I spent the rest of my time at the school teaching IT vacation lessons. As evidence of their interest in computers, these lessons were very well attended by children of all ages. I had a great deal of fun with them, teaching them both IT and English language skills.

The whole experience was immensely enriching and educational to both me and my son and memories from Cape Coast will stay with us, I am sure, for a long time. 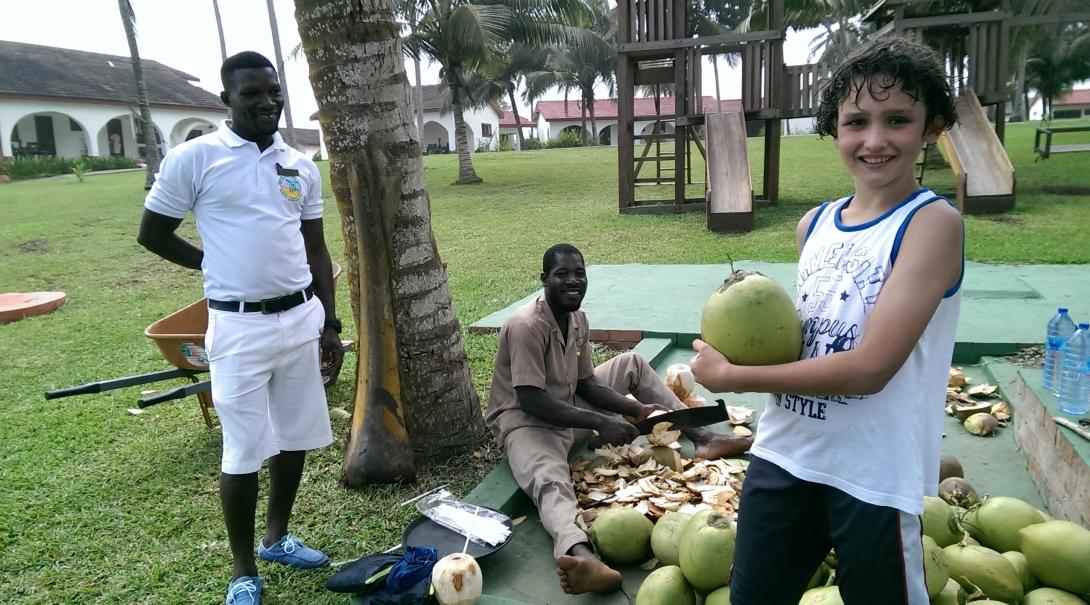 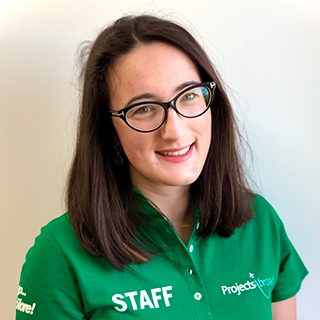